Loving vows in an ancient city

What happens when you take a Canadian model and an English gentleman, and combine it with a beautiful ancient city, decade old aged whisky, a banana and white chocolate wedding cake, limitless sunshine, laughter and truly heartfelt love? You get the wedding of Laura and Chris. 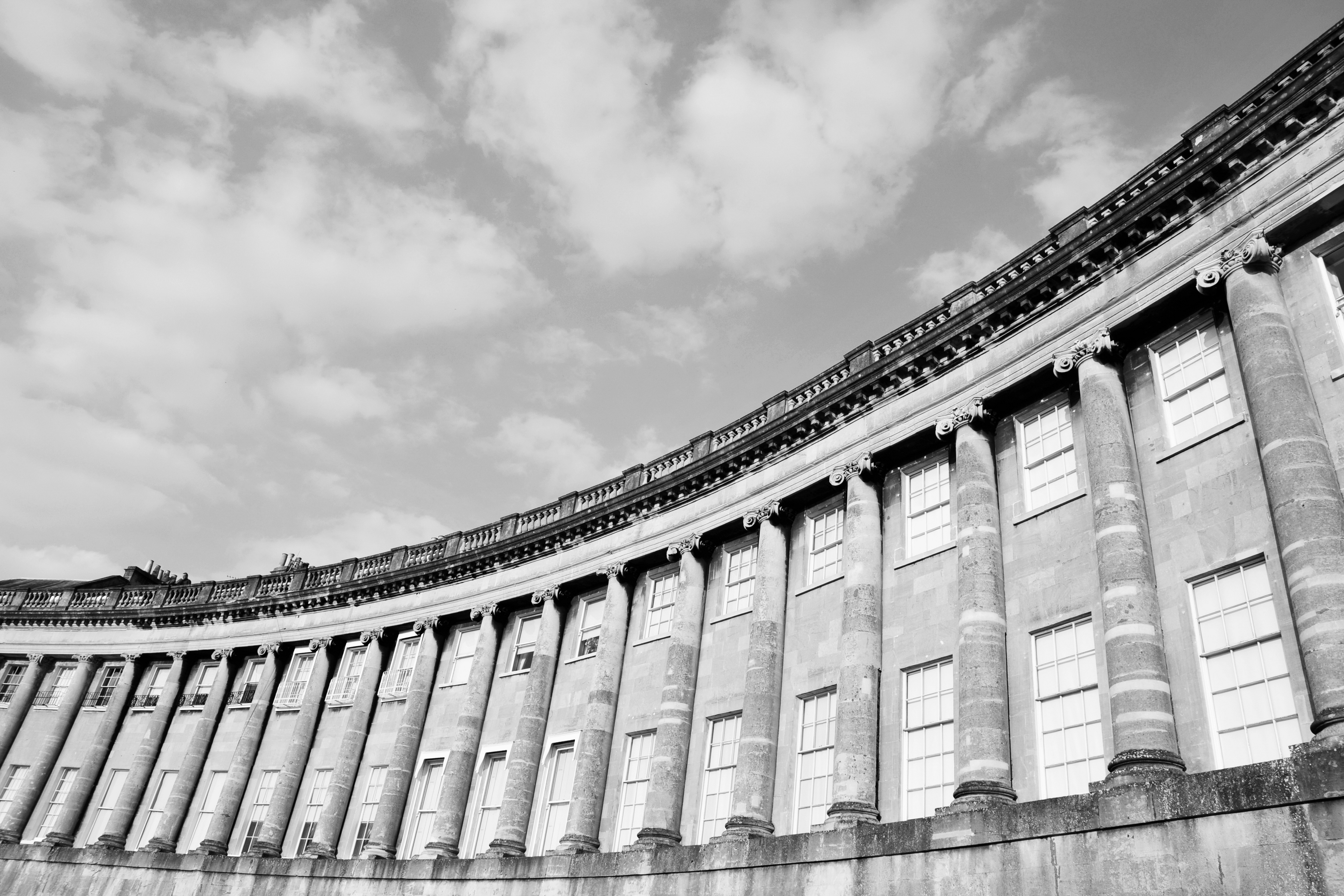 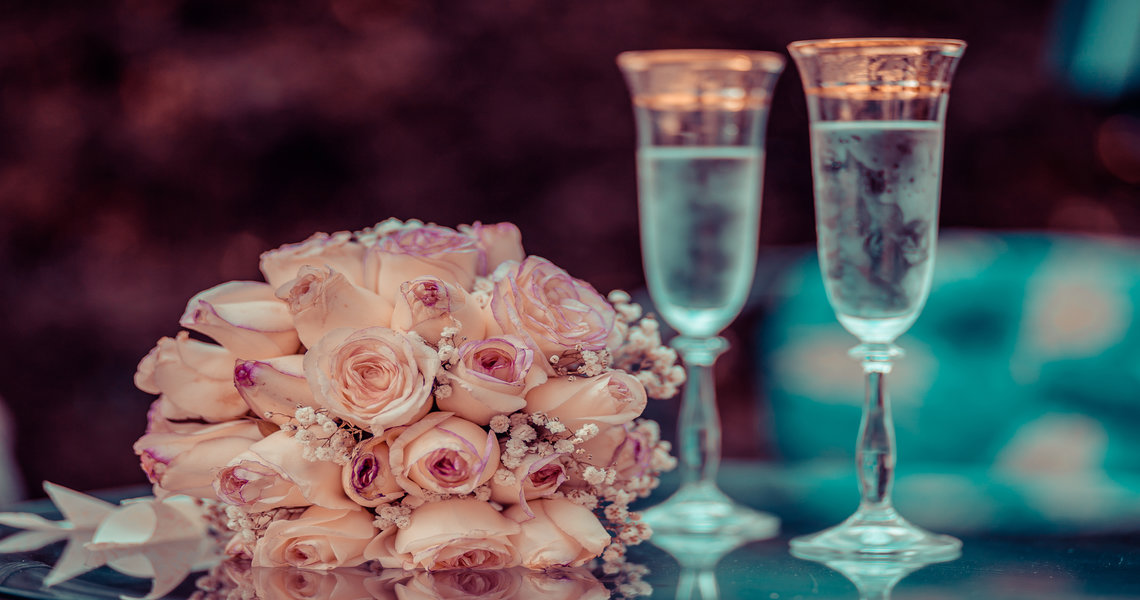 We at EAT FIVE STAR are lucky enough to have a business assisting couples in making their wedding dreams come true, but the wedding of Laura and Chris, without doubt, landed itself in the top, and became one of our absolute favourite of all time. It might not have been biggest, most extravagant or indeed lavishly expensive affair, but it was a wedding with such style and where deep love and great joy was genuinely felt by all present, and is a day that will stay with us forever. Every wedding enjoys its own happiness and abundant love, but never was it more felt than, when on a gloriously summer day, this Anglo-Canadian wedding party joined forces right here in our beloved Bath. Right from the onset, it was clear that love was to be present in every detail of this very special day, least of all between the couple themselves, who’s immense affection for each other was clearly visible and infectious for everyone involved. The UK is known around the world to be a fabulous destination for fairy tale weddings, and no more so than the ancient Roman city of Bath. With its stunning honey coloured stone, immaculate architecture and vibrant history shining thorough wherever you go, it is not difficult to see why Bath attracts over a million visitors a year. And so it became the destination of choice for the future Mr. & Mrs White! It all started one evening in April, where Laura and Chris, who at the time had lost faith in their caterers and were looking to replace them, contacted us. After a few quick emails it was clear to both sides that this was a partnership that clicked.

We invited them to a taster, and they quickly decided to sign the event over to us, and to agree on a menu and choice of drinks. Before our first meeting was over, the subject got onto cakes, and Chris continued to declare his undying love for something other than his stunning fiance, namely banana cake. Now, it just happens that we make the best banana and white chocolate cake around, and so the happy couple embarked on their London return journey with numerous slices of this very same cake. It didn’t take long for Chris to do a complete u-turn regarding his wedding cake and on who was going to create it! In fact, this groom was so smitten that it was shipped off to London months later as a special birthday treat! But that is another story. What should be the headline of this wedding? What word for us would sum up this day in one word? That was easy. Love - 100%!

And one a little different from the norm, as the entire process became a passionate groom’s affair, all meticulously planned, with a great eye for detail and perfection in mind, by the devoted husband to be. It was soon evident to see that Chris was a man after a classy but understated affair, a tailored, elegant celebration with a very big heart. The wedding celebration kicked off in style on the Friday afternoon with a delicious full afternoon tea, setting everything off on a stylish footing. Freshly baked scones, savoury selection of sandwiches and mouth watering home made cakes were carefully displayed in the marquees erected on the lawn in front of the famous Royal Crescent. Please note, that this is not something normally accessible for us mere mortals, but when you are lucky enough to have parents living at this famous landmark, the right doors, or should we say gates, miraculously seem to open! The afternoon tea was a great success, and much appreciated by the Canadian wedding delegation, who after landing in Bath, found themselves happily sampling a classic English tradition in a classic English city. On the day of the wedding it was clear to see that whatever prayers had been made regarding the weather, were answered in full. The sun shone from a clear blue sky from start to finish, showing off the city in a glorious light and promising a few sweaty brows along the way. As the wedding party made their way to the city centre and started to congregate inside our breathtaking Abbey, the bride made her way in style towards the city centre and towards making a vow designed to last a lifetime. Everything was coming together and the groom seemed to finally relax; it was time for his and Laura’s married life to begin. As the intimate ceremony came to an end, we were busy making the final touches to the marquee but when the wedding party finally arrived back at 3:30pm, we were waiting for them on the Royal Crescent lawn with trays of chilled champagne and colourful, minty Pimms. Smiling staff mingled with the guests in the sunshine, offering a selection of delicious canapés from lemongrass and ginger prawns to Asian style tuna, super crisp and crackling belly of pork topped with home made Somerset jelly to ash goats cheese crostini drizzled with rich honey truffle and micro thyme. At around 6pm everyone entered the marquee and were seated by the beautifully decorated tables, and the evening was ready to begin. The marquee had been transformed by Passion florist of Bath, creating elegant and understated floral displays with a delicate pink and white colour tone, all displayed on round tables covered in crisp white linen, hand written menus placed on linen napkins and tied with silk ribbons, around a sweet and edible ‘thank you’ chocolate treat for every guest.

The menu chosen by Laura and Chris offered their guests a list of local and fresh produce, all transformed into a series of delicious,edible treats, and the choice of freshly caught Cornish crab, crayfish and blue cheese endive salad starters, a summer herb crusted sea bream, juicy organic Welsh lamb, or pan roasted chicken breast main course. As the speeches took over, and the roaring laughter and tears eventually subsided, triple chocolate brownies, chilled summer flavour raspberry sorbet and sweet Sicilian citrus treats arrived at the tables. As time passed, it was time to turn the attention towards the cutting of the wedding cake, and to let whatever hungry stomach that were left loose on the dozens of frosted cupcakes beautifully displayed in the corner of the marquee.

The groom’s love of banana and white chocolate cake had not diminished over the weeks of wedding preparation, and his love for his wife was only slightly distracted with the consumption of several large pieces of wedding cake as the evening progressed. It was love at first sight for Laura but love at first bite for the cake. Soon it was time to ht the dance floor and as the dancing continued under the starry canopy into the early hours, Laura and Chris had opted for a late evening meal with a classic diner twist, perfectly designed to compliment a fun filled and informal part of the evening, and a time where most guests start to crave more American diner than fine dining. As it turned out, Chris’ love of beautiful Canadian women and banana cake also stretched deep into the Scottish highlands, and anyone who found them selves in need of some Scottish charm or dancing courage, could try their luck at the groom’s flowing whisky bar. Good on ye laddie! It was a perfect end to a perfect wedding. A unique celebration of an extraordinary couple, and one we feel extremely honoured and grateful to have been a part of. Thank you Laura and Chris.

Talk to us about WeddingsBack to Portfolio